Since last few months the Google Android-phobia has taken over the world. It appears to me that the world has forgotten what Apple is. Though the Apple lovers are very stubborn and they stick to Apple products no matter what. Google recently released the latest version Android 2.3 Gingerbread and now the new version’s name buzz is all around.

Google 2.2 Froyo became very popular and then Google created a hype for the upcoming version 2.3 and named it Gingerbread. The name itself, ginger-bread seemed quite interesting and recently Google released the Android 2.3 gingerbread version in their latest smartphone handset Google Nexus S which is manufactured by Samsung and appears to be a successor of Samsung Galaxy S. 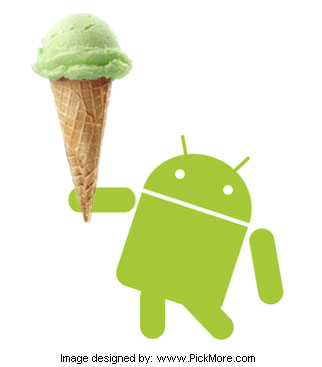 Before the launch of Gingerbread another name popped out ‘Android 3.0 Honeycomb’. Which confused everyone with the ‘3.0’ version of it. Everyone had an idea that after Froyo, would be the last version of ‘2.0’ series and next would be ‘3.0’ but later it came to our knowledge that Android 3.0 honeycomb is the version specifically for the tablets and Android 2.3 gingerbread would be for the smartphones.

According to a UK blog pocket-lint, Google is following alphabetical order with these names of Android versions:

The names ‘Jellybean’ and ‘Kermit’ are just my supposition that may be, these could be the next ones.