Companies usually hire other PR companies to market their product or throw a party of a certain kind for an event. Usually these event management companies do the PR activities too. At Norwegian Developer’s Conference 2012 (NDC), Microsoft had to face disappointment and the event became disastrous for them with the Microsoft developers song and dancing performance.

The song which most probably Microsoft team didn’t write them self rather some PR company would have summed it up, came out to be vulgar and destroyed Microsoft’s image on NDC event. The Microsoft developers song was shouting out loud that “I’m a developer” and initially it was good. But later everyone just became a statue when the song went like “The words MICRO and SOFT don’t apply to my PENIS! (or vagina)” and “We are here to party and coding is our drug!” Yes that was shocking for the audience over there. Microsoft might have thought that it will become a hilarious and fun factor for the show but people looked at it in a different way. 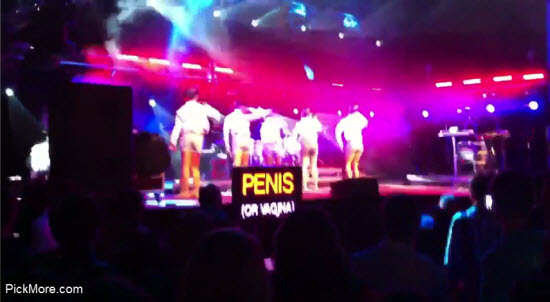 Microsoft issued a statement after NDC 2012:

“This week’s Norwegian Developer’s Conference included a skit that involved inappropriate and offensive elements and vulgar language. We apologize to our customers and our partners and are actively looking into the matter.”

I guess, no PR company can just make a song and do it on behalf of Microsoft without Microsoft knowing it. Microsoft sometimes make bad choices or things go really strange and people are stunted to see what they do. Microsoft back in 2009 did a dance in their store which had to be kind of flashmob but was not. Similarly, back in years, we saw Steve Ballmer dancing and shouting on stage. At CES 12, Microsoft presented an offensive tweet song.