This story is amazing,a 1937 Bugatti Type 57S which spent 50 years in a garage got discovered by the owner’s nephew recently.The owner’s name was Harold Carr who bought this beauty in the 50’s from Earl Howe.Now this car will go into auction,after being untouched for more than half a century.Interestingly only 17 of this type were made !!,pic after the break. 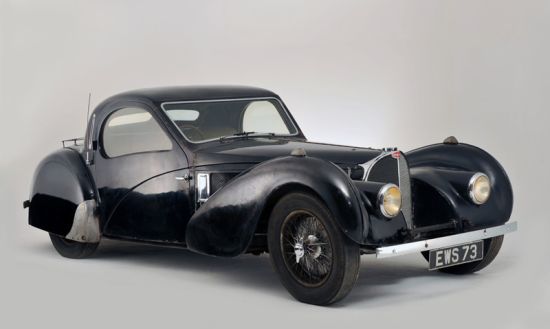 This baby is gonna get almost $8.7 Millio,but is expected to get more.The original owner of this car from whom this car was bought by Harold,was the first president of “British Racing Drivers Club” which definitely ads a plus point in the auction.

Well we have to agree “OLD IS GOLD” 🙂

Undiscovered 1937 Bugatti will go for Auction

Undiscovered 1937 Bugatti will go for Auction