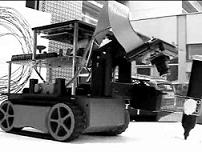 Paul Hoc is a new Robot in an experimental phase which can draw patterns and paintings. This machine can be used for drawing different patterns which could be used in any industry like cloth designing, architectural designing, car designing and so on. Paul Hoc is a product of ObjetGraphik. Imagine the time when the embrodery on clothes were done by hands, but soon this machine will be available for the public. 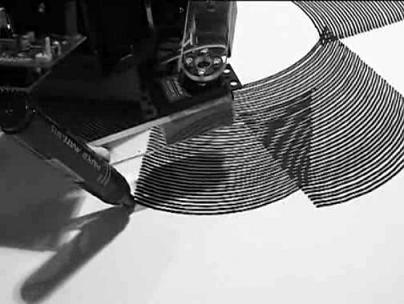 According to the manufacturer’s own description:

[ad#ad-taalz-inpost-right]Paul Hoc is not a robot, he is a skater and like any skater he runs a program. Paul Hoc is a sensitive electronic being. Paul Hoc is not a printer, it wanders through the paper to write his own movement like a seismograph. Paul Hoc is an experiment conducted during the 2008 Saint Etienne International design biennial on the concept of traces. These traces will be his logbook. 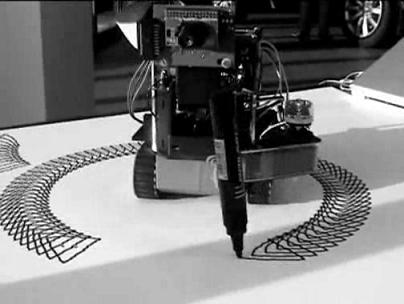 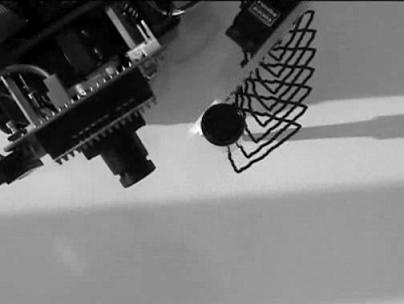 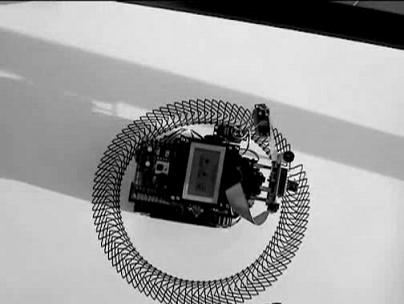 Paul Hoc has a camera lens through which it sees what it is tracing. The arm of the machine is an adjustable grip to hold pens, pencils or markers. It can move around on the table, or the tracing paper and finds the appropriate area where to draw. The feed of the drawing is put to it using computer.