Power saving is on the highest priority of countries, that is why now a system has been developed to save power in small towns. The use of this new system is very easy and requires no big skill. Moreover each individual has a control to save some light for his/her hometown. The technology is simple, the street lights in a town takes a lot of power because they have to be switched on all night, but what if the town has a low number of people and not many people walk in the night. All one have to do is use a mobile service which will switch on the street lights for 15 minutes. The technology has been named Dial4Light.

The dial4light technology system has been implemented in the towns  of Germany, and they have noticed a saving of 25% with this. 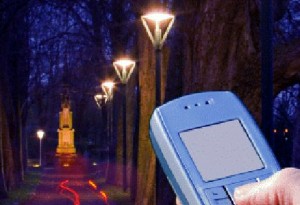 [ad#ad-taalz-inpost-right]A town in Germany, Morgenröthe-Rautenkranz got this technology and now it is saving US$5300 anually. They say when dial4light was first implemented, people woke all night just to check this technology. But later on people got use to this and now the street lights only go on when they are ‘requested’. If someone wants to switch on the lights he has to activate street lights, first he needs to get registered and then to dial a 6 digit number which is the area code.

This technology is really a good step for power saving, but in my opinion it can only be used in small towns only. This service will now be implemented in other towns of Germany and other countries.