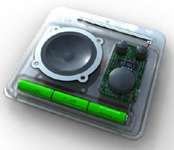 The next big thing is most definitely the next big thing and there is certain rise of green products now. Auto industry is up to making some green cars as well as the mobile industry is coming up with great green mobiles. The most used gadgets, are music players like Apple iPod which are mostly used by teenagers. So whats better than targeting the music players and making them all green. Designer Klaus Rosburg comes up with a green idea of a radio. The radio would have a transparent look and it would be made up from PLA which is a s biodegradable, thermoplastic, aliphatic polyester extracted  from renewable resources like cornstarch and sugarcane.

There is a solar panel at the back of the radio which gives non-stop power and recharge to the batteries (of course if you have sunlight). 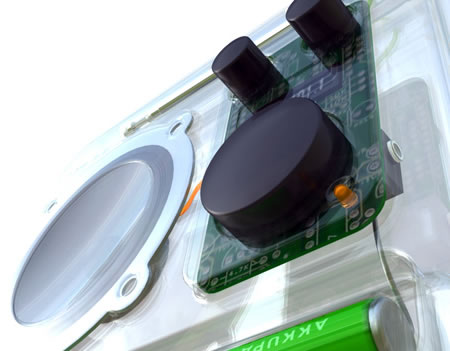 [ad#ad-taalz-inpost-left]Its not overall a true modern stylish gadget and yes its large in size. We have radios in our mobiles and mp3 players etc. If a gadget has to succeed it has to be compact with lots of features. No one would actually go for a big radio even if it is green !! 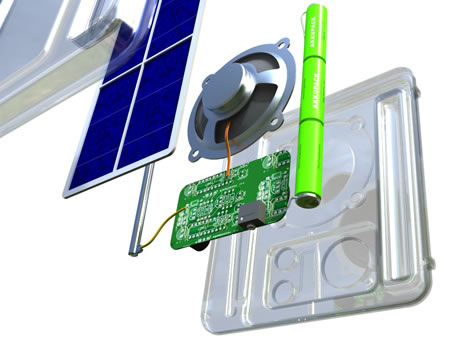 The concept is very nice as all green ones are, but this one doesn’t gets the thumbs-up from me because there is nothing much this gadget is featuring. Its just a plain green radio concept.