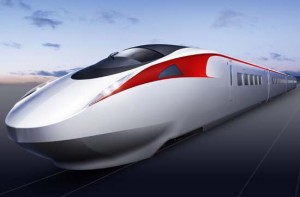 The design of efSET will be finalized by 2010 and will be selling within couple of years after that. Kawasaki hopes that it will roll out about 10,000km (6200miles) on 217mph speed. eFSET in the United States would cut down the trip time between Boston and New York below an hour, Los Angeles to San Francisco about two hours and Miami to Atlanta would be travelled within three hours.