A year and half ago, pickmore posted an article about the Sony Vaio conceptual transparent laptop screen. After a year, Samsung became the world’s first company to introduce the transparent screen. Samsung demonstrated the transparent screen on CES 2010 in January, which amazed many people and announced the launch of the product within next 12 months.

Samsung yesterday introduced the first AMOLED (Active-matrix organic light emitting diode) screen which is actually a transparent one and demonstrated it as an actual product, not a conceptual. 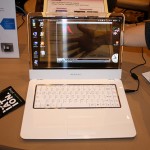 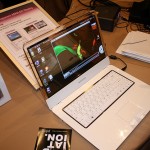 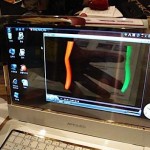 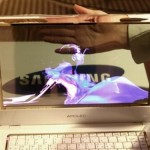 “We have a lab in Korea that is currently working on developing a laptop with partially-transparent screen.” Samsung Electronics America’s Reid Sullivan told Plus Plastic Electronics. Reid further added that, “Soon, I imagine that all Samsung’s audio-visual products will feature this technology. We want to be the first in this market.”