Just one word and that is “Awesome”. A 1.5 GHz dual core processor with 4.3 inches huge screen and when it comes to audio, yes you got to feel the bass. HTC this time introduced a phone with high end processor to co-op up with the upcoming trend of smartphone users plus keeping the music lovers in mind. HTC Sensation XE has Beats Audio by Dr. Dre with special custom made earphones for this handset. 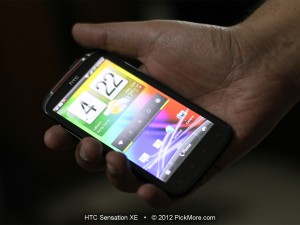 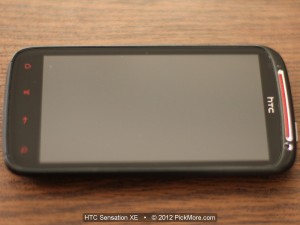 The huge earpiece bar at the top front in red color makes it very prominent and appealing with all the black metallic surrounding. On the right side of the ear piece is the VGA camera and on the left side there’s the sensor. The second change on the front of the handset is the navigation keys color. The 4 navigation keys at the bottom are now in red color too. Again, even after giving out the second version of HTC Sensation, HTC didn’t put the dedicated camera button. The back of the handset is also the same as of HTC Sensation but to make XE more prominent HTC added the Beats Audio logo at the bottom and the circular ring around the camera turned red from blackish silver. The speaker is at the same position as it was in HTC Sensation. The only disadvantage that I felt in such speaker was that when you put it on your bed, the ringer sound decreases and mostly you won’t even realize that your phone was ringing. The antenna is in the back cover of HTC Sensation XE, so incase if you lose the back cover or it breaks down, you lose your antenna and hence your phone will not be usable. Once I even felt the death grip which turned off the Wifi and GSM signals on the handset too, but it was minor and hardly noticeable. 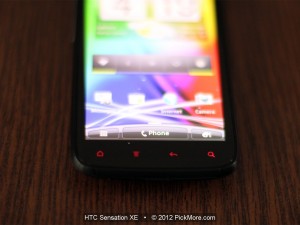 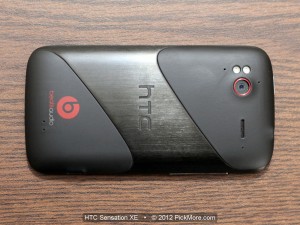 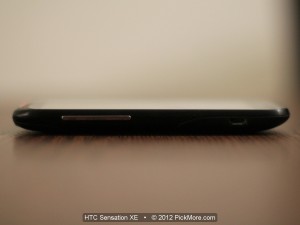 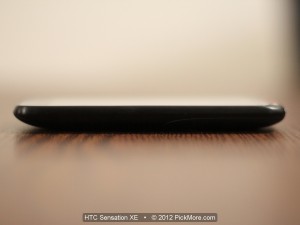 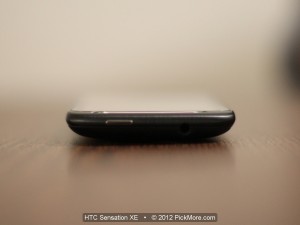 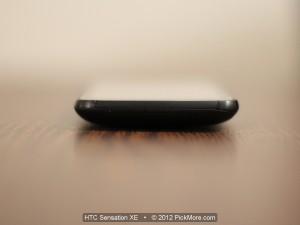 The 4.3 inches Super LCD screen and the qHD resolution made the phone look super sexy. I was pretty impressed with the colors and the sharpness of the screen. The glossy surface of the gorilla glass screen made the colors very sharp and the density of the resolution made it look crystal clear too. But under direct sunlight the screen was not impressive as expected and at some angels was not properly seen. I compared the screen of HTC Sensation XE with Apple iPhone 4S and was pretty amazed by the color sharpness result, as HTC Sensation XE stands out with the sharp colors and brightness. Yes! Most probably, that color sharpness is because of the glossy shiny glass of the screen. But, that does not matter, the result matters which was good. May be after some time of usage when the screen gets dirty (which it should not, because the gorilla glass is scratch-less) that shine on the glass may go away leaving the same old normal colors (but that is hardly possible).

The user interface of HTC Sensation XE, as always, is top class. HTC Sense 3.0 with the combination of Gingerbread made it look amazing. HTC Sensation XE used the same device unlocking interface as of Huawei Honor, i.e., with a ring unlock app and you can easily select 4 quick icons where you want to go after unlocking. The default keyboard of HTC Sensation XE is very good and I didn’t find anything missing on the keys which one needs during general typing.

The multiple home screens make it easy for the user to access and keep their widgets and shortcuts. The thing I love about HTC smartphones is their usability in which Samsung FAILS even besides having such a high performance smartphone.

I’m not sure what to say about the performance of HTC Sensation XE. In one sentence if I have to summarize all, I would say, “HTC Sensation XE didn’t get slow or lagged”. And how could it, when we have 1.5 GHz Dual-Core Scorpion processor with Qualcomm MSM8260 Snapdragon chipset and Adreno 220 GPU for high end graphics. I don’t know if there are applications built so far which require a dual core processor or not but if I see the working and performance of HTC Sensation XE, it was very pleasing and smooth.
I managed to take the benchmark of HTC Sensation XE with Quadrant Benchmark, but unfortunately I misplaced the screenshot of it. To my surprise when I took Huawei Honor’s benchmark, it scored around 2100 points and HTC Sensation XE scored around 2300. Most probably the result was low because HTC Sense 3.0 uses more GPU and CPU for its smooth user-interface which no other Android smartphone has so far. The end result was again very good and there was nothing buggy in it.

Talking about the touch and feel of the HTC Sensation XE, it was SUPERB. I actually sometimes felt like pressing an actual key while typing. The combination of touch and vibration of the phone made it very comfortable and easy to use.

Audio Beats by Dr. Dre is something which everyone knows now. If you are a music lover and a smartphone user, then HTC Sensation XE is the only choice in the market you have. Well, iPhone is something different from it if you talk about music lovers. HTC Sensation XE has a powerful music application built-in which supports the specially built iBeats Monster earphone which comes with the package. “The sound has the bass” and you actually feel the floor rocking. 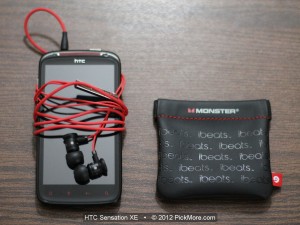 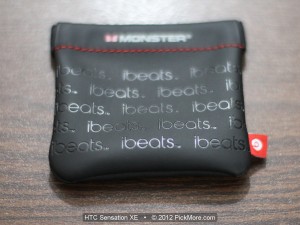 8 megapixel camera, I think I did the mistake of comparing its result with iPhone 4S. HTC Sensation XE did not impress me with its camera. I took same phone from HTC Sensation XE and iPhone 4S and was disappointed at the result. Yes, but if you have not seen any other result then you won’t feel bad. The color sharpness or the colors itself are a bit different than what you actually see. I took some out-door and in-door photos with and without flash with HTC Sensation XE. I would leave it up to the users to see the result and decide. 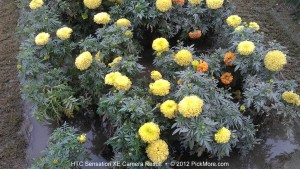 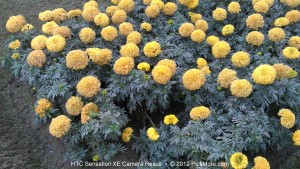 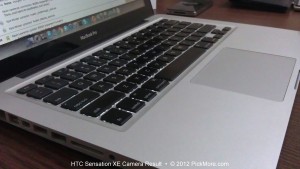 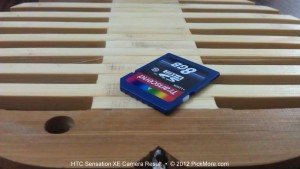 The video recording resolution is 1080p with 30fps. The quality of the video was pretty impressive. I captured a motion video while driving, the sun was right infront of us, and HTC Sensation managed to get a good quality video. The colors were sharp and good.

A 1730mA battery is added to HTC Sensation XE to work with the 1.5 GHz Dual core processor. I used this smartphone under different stress levels like, with full GPRS usage, with full WiFi usage, without data transfer. Under all the circumstances the battery performance was pretty good and with my Twitter, Facebook, Skype, NimBuzz, Foursquare running all the time the handset gave me around 17 hours of standby. With full usage of twitter, facebook and sms text messaging, the battery lasted for around 6 hours with Wifi.

HTC Sensation XE is one step ahead of all the other smartphones in the market. A high end 1.5GHz dual core processor and a crystal clear sharp screen, is what makes you feel good about HTC Sensation XE. Beside this, if we come to the special thing in this handset, it is the Monster iBeats earphone which goes like BOOM BOOM with the bass of the music. When I look at the specs of the handset, the only thing which gives a red alert sign to me is the weight of the handset which is 151grams but believe me HTC has worked out good with weight balancing and it hardly noticeable and you don’t feel it very heavy. iPhone 4S is around 10grams lesser in weight but I didn’t feel much difference in the weight when I held both of them in my hands.

About the software and performance of the handset, I played games, used twitter, facebook, foursquare, and all the other apps which I always keep on my Android smartphone. None of them bugged me or slowed down.

I’m a photography lover, so HTC Sensation XE gives me what I want. The 8 megapixel camera can serve the basic purposes of taking photos in some event or trips. The video quality is 1080p so one can have no objection over it.

The smaller issues that I mentioned like no dedicated camera key, or the back cover antenna are not much noticeable if your smart device is working perfectly and fulfilling all the purpose required. I would rate HTC Sensation XE 4.5/5.0.