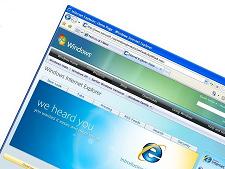 Microsoft General Manager Dean Hachamovitch wrote on his blog that they want people and web surfers to know that how much Microsoft had worked on IE8 to make it a better web browser for them. Microsoft included the feature of private browsing in their new version just like the Google Chrome’s Incognito feature. With addition to it the best part I liked in the IE8 was the right click ADD-ON feature. You can select the text on the website and directly search it using the right click option or you can directly put that text on your blog.