The new blackberry by RiM is around the corner and Jonathan S. Geller at BGR.com was able to get the exclusive picture and specifications of the smartphone. BlackBerry Dakota is a 2.8 inches touchscreen with QWERTY keypad and can record HD Videos. Blackberry lovers are for sure going to love blackberry even more.

Blackberry Torch 9800, the previous model had a touchscreen, slider and QWERTY keypad all in one. Now this new smartphone Dakota will have a 5 megapixel camera and the capability to record HD videos. Other features of Blackberry Dakota are NFC, 3G Mobile hotspot and magnetometer. 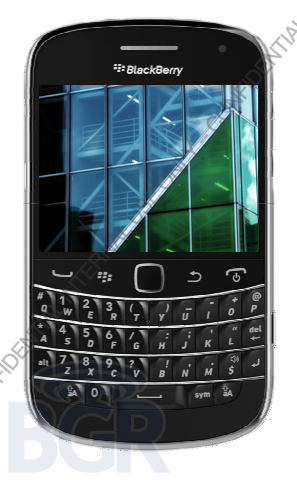