A 16-years old girl from Hamburg, Germany mistakenly made her birthday party facebook event public and over 15,000 people RSVP to it. Out of those 1600 people actually came to party at her home. According to News, around 1,600 guests came to Thessa’s house who threw up her 16th year birthday party and mistakenly forgot to set the privacy settings to friends only. 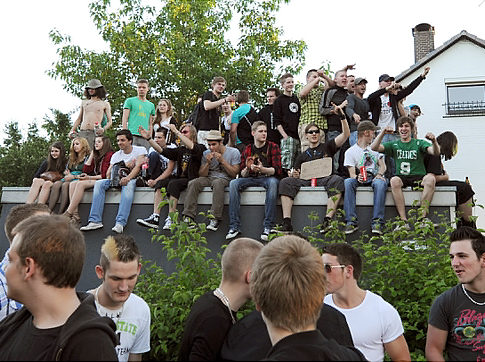 The crowd started to gather at her home asking for Thessa and were holding up signs “Where is Thessa?”. The 16-years old girl had to ditch her own party and ran away. Over 100 policeman had to gather around her house to control the people. The crowd got wild and their offenses, according to Reuters, include bodily harm, resisting arrest, property damage and violating explosives laws.

1600 People Gathered at a Girl’s Birthday Party via Facebook

1600 People Gathered at a Girl’s Birthday Party via Facebook