iPhone 5 has been rumored a lot these days all over the web on many blogs. Just after the launch of iPhone 4 the newer handset rumors started which was seriously a strange thing. So was it preplanned or something? Just my doubt, may be researchers already knew the drawbacks and flaws of iPhone 4 so just after the release, the rumors of iPhone 5 were in the market. Now another company ‘Avian Securities’ which is a component supplier to Apple talked about iPhone 5 to get into production by September 2011.

END_OF_DOCUMENT_TOKEN_TO_BE_REPLACED

Nokia has announced their new mobile phone handset, the new Nokia N86 which is equipped with 8 Megapixel camera for the first time. Nokia’s best mobile till now had the 5MP camera maximum, even the so much awaited mobile N97 is a 5megapixal camera too. I was wondering myself that when Nokia is going to realize that it is lacking behind with the camera in their mobile phones. Ok, to be honest this news is not yet confirmed about Nokia N86, so far it is concerned as rumors. The full specifications of the new Nokia n86 are also leaked. If the news is confirmed, then Nokia will be announcing this new handset at the MWC 09.

END_OF_DOCUMENT_TOKEN_TO_BE_REPLACED 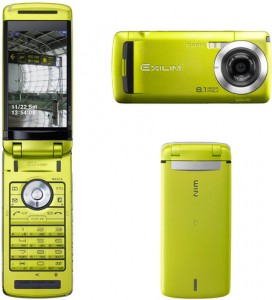 A Japanese company KIDDI it the first one to introduce a high quality “8 Megapixel” camera in a mobile phone. The race of bringing out the 8 megapixel camera in mobile phone was on going between Nokia, Sony Ericsson and LG, but this Japanese company stepped inbetween them. KIDDi is using Casio Exilim W63CA 8 Megapixel Camera with the features like Auto Focus. One more thing that amazed me is that this handset is with a flip, which is quite an extra ordinary thing, because usually all the current high quality camera mobile phones are the simple straigh handsets or with a slider.